"not care about their customers"

Not Verified | I was flying from Edinburgh to Dublin to Boston in 2020. The weather was bad, so after two scary attempts to land us in Boston, they landed us in a small airport in Hartford, CT instead. This is fine-being safe. Once there, they sent a representative to talk to us. They were going to bus us to Boston, MA, which would mean my connecting flight to Raleigh would be missed (I had booked this separately). I spoke to their representative numerous times. (Oh and they had lost one piece of my luggage too, which they were able to find a few days later). The plan from Aer Lingus was to bus us to Boston and we would arrive between 1 and 2 in the morning. We were told that the airport would then be closed, but we might be able to get a cab to a nearby hotel, but they were not sure if any were running. Their plan was to dump us outside of Boston Airport at 1 or 2 in the morning. Remember, this is after 2 extremely turbulent attempted landings and a diversion to a different airport. I asked if they could put us up in the Hartford Airport hotel instead. I was told yes and that I would be reimbursed, but the fastest way was to pay it myself and ask for reimbursement later. I also asked about having to rebook my connecting flight that was missed, and was told yes, it would be reimbursed. I was lucky enough to have enough to pay for an unexpected hotel and extra flight, but not everyone may have been so lucky. I filed a request for a reimbursement through Aer Lingus website as told to do. It took over a month for a response and was told that they could not help me because I showed them bank statements and no the original receipts. I got the original receipts and sent them in. I was denied at that point because "there responsibility was to get me to Boston, not to pay for connecting flights or hotels." So-even though I was told directly by their representative that I would be reimbursed, and that their plan was to drop us off at a wintry cold airport at 1 or 2 in the morning with no accommodations, they feel they held up their end of the deal. Ridiculous experience. They do not care about their customers. Pilot and flight attendants were great people though. Sorry the company is under par.
1/10

"refuses to refund me"

✅ Trip Verified | I had booked a flight with aer Lingus but then the travel ban came into place around Christmas time and I couldn’t travel. Aer Lingus refuses to refund me and when I’ve queried this, I get emails about how I agreed to the terms and conditions. Absolutely no help or hope of getting my money back even though there was a government travel ban. Ryanair gave me a full refund for my flight going the opposite end way but Aer Lingus have left me high and dry and made it very clear that they don’t care about me or my custom. I don’t intend to fly with aer Lingus again
1/10

"You have lost a customer"

✅ Trip Verified | Booked Q4 2019 for flight in August 2020, Covid struck and Aer Lingus pushed people to take a Credit Voucher with time limits that were not fair. Credit Voucher took so long to arrive (Jan 2021) and customer services stalled with will expedite, in final processing for months and months. Eventually I gave up and contacted my Credit Card company and requested a 'Charge Back'. Luckily you have 120 days after the flight was meant to have occurred. I ended up getting a 100% Refund thanks to my Credit Card company. Be warned Aer Lingus - You have lost a customer for how you handled me and this event.
1/10

"Airline not willing to extend credit"

✅ Trip Verified | They just got away with my $897 without offering an option of alternative. I booked a ticket SEA-MPX-SEA in February 2020, with outbound date June 2020. Due to COVID I cancelled they trip and got, through Expedia, a credit. Credit will expire tomorrow. Airline is forcing to book between January and February (2021) since credit from original ticket was purchased on February 2020. However, no flights are available in between both months. Airline not willing to extend credit to purchase tickets beyond February 2021. Also, not willing to move expiration date of credit from 31/12/2020 (tomorrow).
1/10

✅ Trip Verified | 6 months waiting for vouchers. Rang them multiple times but they keep telling me it's not their department. They won't put me through to the correct dept. or give me contact details for them. Just keep putting me off.
10/10

"went far beyond the call of duty"

Not Verified | My husband took a turn and was poorly he couldn't get onto the aircraft by himself the cabin crew organised help who where absolutely amazing they also organised help when we arrived at East Midlands. The staff and cabin crew went far beyond the call of duty and exceeded our expectation. I cannot thank them enough. When I asked for help they wanted to ensure we were well looked after and we were 110%. The ground staff and cabin were the best I have ever experienced.
1/10

"Aer Lingus is basically getting away with theft"

Not Verified | Like many other complaints here - Aer Lingus is basically getting away with theft - for myself - I requested a voucher almost 9 months ago in Mar 2020 and nothing. Pretty sad and sickening to see them using COVID-19 as an excuse to keep people's hard earned cash. There are quite a few complaints where we are talking thousands of dollars/pounds/euros. I have also been reading from other complaints - that even when people get the voucher after waiting many months that the voucher is being denied.
1/10

Not Verified | Absolutely disgusted! Booked a few days away in Edinburgh a few months back as a birthday present for my partner. Had rang around 2 weeks before my flight date to cancel as both Belfast and Edinburgh had went into a further lockdown. The advisor told me even though I couldn't get a refund as the flight hadn't officially been cancelled, that he could move the flights to the same dates next year due to "exceptional circumstances" free of charge. He then advised me to wait until 24 hours before my flight to do this as there was a chance I could get my money back in the event that the flight was cancelled. This was not the case however and when I rang to get the dates changed I was told by another advisor that there would be an additional charge of £168.00 on top of the £150.00 I had already paid. When I disputed this and told him about the previous conversation he became quite blunt and rude and told me to wait until 2 hours before my 7am flight to see if they were going to cancel it if I wanted my refund? Not usually one to write reviews at all, but I have never been so appalled or angry in my entire life, I think in the middle of a global pandemic, where people are struggling enough as it is, for an airline to blatantly rob people is beyond a joke! Basically, the fact that there's a lockdown means nothing when it comes to travelling, even though some people can not afford to take a further 2 weeks isolation period off work. I have handed Aer Lingus £150.00 of my money for nothing and have been refused a refund even due to the circumstances or even the basic courtesy of a flight change 1 year in advance. I have never heard of anything this disgraceful happening with an airline and I certainly will not be travelling the thieves again, and will be advising others not to either.
1/10

"This issue made me feel really uncomfortable"

✅ Trip Verified | I had a flight from Edinburgh to Belfast this evening (Oct 26th, 2020), I wore a pair of gloves since I have a skin issue, too much hand sanitizer directly to my skin will cause bad eczema. However, before I got off the plane, a crew member at the gate suddenly spoke to me: “just a suggestion, you don’t need to wear gloves just washing your hands more frequently will be fine!” This made me feel offended and been judged by her, first of all she doesn’t know the reason behind, secondly I’m not here to seek her opinion, she really should keep her very personal opinion to herself! This issue made me feel really uncomfortable! 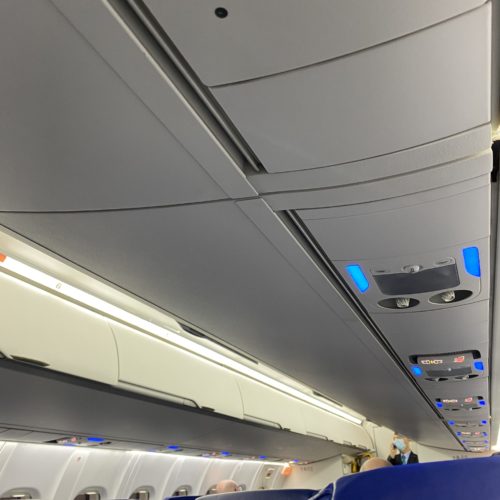 "My flight was cancelled"

✅ Trip Verified | My flight was cancelled for some reason; the airline didn’t even had the courtesy or system in place to notify the customers. I came to know when I tried to go through airport security as they couldn’t locate the flight. The airline company sent no email, text message or updated the information online so that customers are aware. I was put on a flight 25 hours later. I missed my work and had to figure out my myself the place to stay in the interim. I had to pay out of my pocket for the stay. When I called customer service they refused to help. The online customer service refused to help or compensate for cancellation as well. Now I wonder why would anyone with sane mind ever use such irresponsible airline company.
1 to 10 of 800 Reviews